Wallet vs. Spendee. Which to Trust Your Budget With?

Mobile budget trackers are popular now: money is a resource, and it’s not to be wasted. And tracking your expenses with a mobile device is easier than it seems, because you can type in each shopping séance with all the details, record all the incomes, and get your stats generated any minute.

But if you want to install and use one finally, you’ll have to select your option among all the others. Though in this crowded category there are several obvious leaders, the selection is even harder when it comes to choosing between them.

Here are two of the most popular budget trackers, Wallet and Spendee, two leaders on all mobile platforms. As they both have proven their quality and trustworthiness, we’ll rather discuss its subjective pros and cons, matters of preferences. 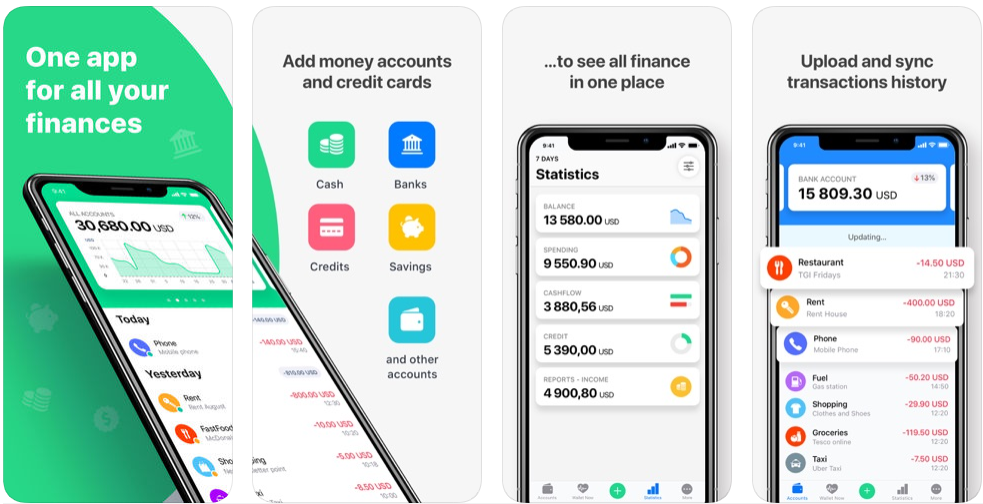 Well, both these apps are available on Google Play and App Store, but there’s one nuance. While the Android version is unified for both apps, Wallet has separate versions for iPhone and iPad, and Spendee only has an iPhone version. Of course, it can be used on iPad, but it looks terrible. So, if you need to use it on an iPad as well, Wallet is the choice.

On the other hand, syncing matters too, as we all periodically change devices and even switch platforms. And here the two apps demonstrate absolute equality, with easy and secure cross-platform syncing. We wouldn’t recommend connecting your Google or Facebook account to it, though it works too, because it’s a possible vulnerability. The best way to authorize is creating a standalone account with a unique password and no connection to your social media (as far as it's possible). And if you’re concerned about your security, any app lets you create local backups or export your stats as MS Office or PDF files. 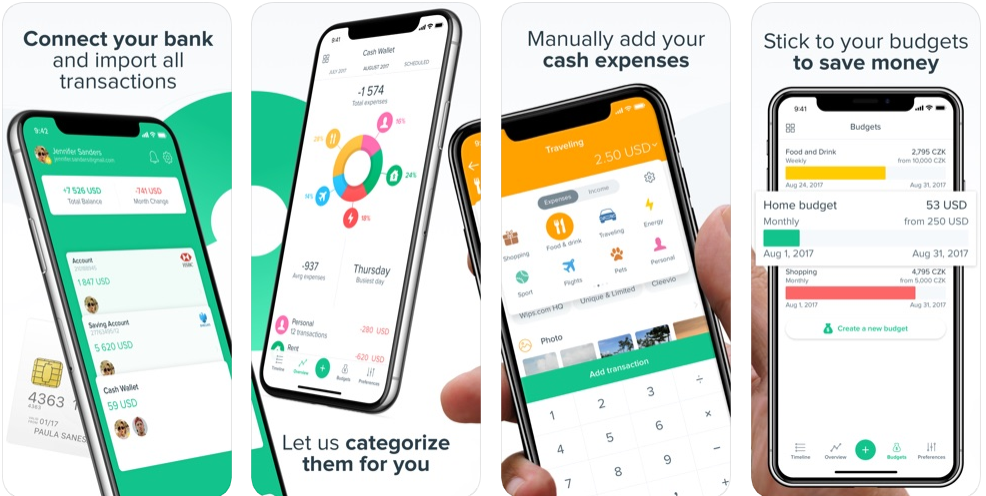 Here the two apps demonstrate how different they are. Spendee looks like an official client app of a serious bank, with balances always calculated, incomes and expenses recorded, and each card or account available separately. Wallet rather looks like an SMS app, with the list of transactions as message chains. It’s a pure matter of taste which to choose.

Spendee is a real monk when it comes to transactions, so modest that it only offers the basic info about your transactions: amount, category, location, an image, and comment. On the contrary, Wallet only lets you add transactions manually. But you can input the sum, the category, the date (yes, manually), the location, the payment type, the warranty code (if included), and even some notes and a picture.

Do these app import transaction data from your bank accounts? Yes, they can, if you trust them with it. So, when you pay with your card, the transaction is automatically recorded by the app. As they have read-only access, it’s impossible for them to make payments on their own. But Wallet only supports it in Premium version, and Spendee requires a Plus or Premium account.

While Spendee is good at it, Wallet seems just excellent. Spendee shows the basic stats as a number chart with a pie chart, while Wallet knows many more ways of representing the information. So, if you like it like a pro, Wallet is a better option. Though it also makes sense that a mobile app should look like a mobile app, simple and readable at a glance, and then Spendee wins. A matter of taste, again.

The apps are on par here with subscription, at least for Android. But if you want to use Premium for long, you better buy Wallet lifetime subscription for just $45.99, while Spendee offers you Premium (with the same ultimate features) for $22.99/year, and a bit less effective Plus with, say, no bank accounts syncing, for $14.99/yr. Wallet seems a better offer for such a price. But if you’re good with manual input an just one wallet, you can use any of them for free.

And the Winner Is…

In direct comparison, Wallet demonstrates better results (at least where it can be calculated at all). More options, better pricing, quite a good automation and easy interface make it a definite winner, at least, for the author. Yet it doesn’t mean that Spendee is bad. Its simplicity along with powerful automation can seem more attractive to many users.

67% of people found this helpful